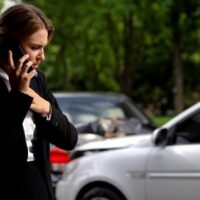 According to a report released by the IIHS, sitting in the rear seat doesn’t mean you are safer than the person in the front seat. A person seated in a rear seat can still suffer serious injuries. Unfortunately, more often than not, people assume that a backseat is safer than a front seat. Because of this misconception, many choose to sit in the back seat without buckling up. There is a widespread misconception that buckling up is optional for the individuals in the back seat. No matter where you are sitting in a car, you need to buckle up. Apart from ensuring you buckle up, it is important that you ensure you do so properly and that your seat belts are safe because seat belts have the potential of causing injuries.

According to the IIHS, improvements in front-seat occupant protection reduce the safety advantage of rear seats versus front seats. During car crashes, front and side airbags usually deploy to keep front-seat occupants from the dashboard and steering. Additionally, front seat belts usually automatically tighten in the event of a crash. Apart from tightening, a front seat belt in a newer car can loosen a bit if an individual is pressing against the belt too hard to the extent that the belt might cause an injury. According to NHTSA, if such belts or technology aren’t available in the back seat, it is advisable for passengers, especially those above 55, to sit at the front of vehicles that have sophisticated belts.

Generally, it can be safe for an adult to ride in the back seat of a car just as it can be for them to ride in the front seat, but not if they aren’t buckled up. As much as a safety belt has the potential of causing an injury in a crash, it is important to note that safety belts save lives more than they cause injuries. According to the NHTSA, seat belts saved approximately 14,955 lives in 2017 alone. If everyone buckles up, keeping in mind that the national use rate for safety belts in 2020 was 90.3%, more lives will be saved.

Obtaining Compensation After a Frontal Crash

If you sustained severe injuries in a frontal crash, keep in mind that you might be qualified to obtain compensation from another driver if their negligence played a role in causing your accident. Remember that even if your seat belt was not strapped on at the time of the accident, an experienced attorney might still be able to help you obtain compensation. However, note that the insurance adjuster representing the at-fault motorist is bound to bring up the issue of you not strapping on a seatbelt. They might claim that not strapping on your seat belt led to you sustaining your injuries or made your injuries worse.

The truth is that you can end up sustaining serious injuries in the event of a crash, no matter where you’re seated. If you believe another motorist’s negligence led to the accident that led to your severe injuries, don’t hesitate to contact an attorney. Our West Palm Beach personal injury attorneys at The Pendas Law Firm are willing to help you handle your car accident case. Contact us today to schedule a consultation.