Is It Wrong To Admit Fault After A Florida Car Accident? 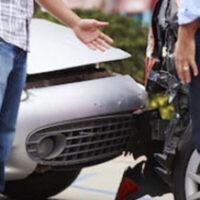 According to the FLHSMV, by June 2, 2021, Florida had witnessed more than 140,000 car crashes. Also, as of June 2, 2021, the number of fatalities stood at 1,358, and the number of injury crashes stood at 61,067. With such statistics, it is evident that if you are a Florida motorist who drives on Florida roads, there is a decent chance that you’ll be involved in a car crash at one point in your life. You can be involved in a car accident in many ways. Sometimes, people end up in car accidents because of their negligent acts, whereas, other times, they get into accidents because of no fault of theirs.

Is It Bad To Admit Fault After a Car Accident?

After being in a car accident, it is only natural for you to feel compassion for other people involved in the accident. As much as feeling this is understandable and acceptable, you should avoid admitting fault to anyone after an accident at an accident scene. Even when you think it is obvious that you are to blame for an accident, you shouldn’t admit fault.

It would be best if you avoided admitting fault even to police officers. It is a police officer’s duty and not yours to assign fault. In a situation where you think you were to blame for a car accident, it might feel like you are lying if you don’t admit fault. Nonetheless, after an accident, keep in mind that you most probably don’t know everything that contributed to the accident happening. Also, remember that you might only be partially at fault for the accident. You cannot be sure that your actions were the sole cause of the accident. When police officers show up at the accident scene, all you have to do is explain what happened without incriminating yourself. However, ensure you don’t make misleading or false statements.

Suppose another driver is accusing you of causing a car accident. In such a case, you must refrain from confronting the other driver. Also, don’t allow the other driver’s intimidation to get to you to the point that you admit fault.

Why You Shouldn’t Admit Fault

If you admit fault after a car accident, you could end up paying for all the damages incurred or missing out on the chance to recover damages. Additionally, the determination of fault after a Florida car accident is not a straightforward process. It would be best for you to let the police, insurance adjuster/s, your attorney, and other relevant parties objectively determine fault after being involved in a car accident.

If you were in a car collision, it is crucial that you reach out to a skilled attorney immediately. Our Orlando personal injury attorneys at The Pendas Law Firm can evaluate your case and help you determine if you are eligible for compensation. Even if you are partly to blame for your accident, our team of experts can help you obtain the compensation you deserve. Contact us today for expert assistance.