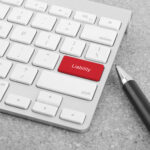 Understanding the “Assumption of Risk” Doctrine

Some activities, like football and other contact sports, are inherently dangerous. If you sustain an injury while participating in an inherently dangerous activity it’s difficult to bring a successful personal injury lawsuit. For example, if you are injured while playing football a personal injury lawsuit against the defensive end who tackled you and broke… Read More »