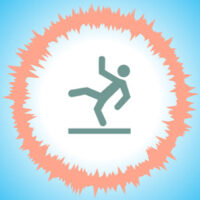 People are injured in falls every day, but only some of those injuries are someone else’s fault. A legally compensable slip-and-fall accident happens when a person falls because of another person’s negligence (usually a property owner). Here are several examples of recent slip-and-fall lawsuits:

A former Miami Dolphin, Bob Kuechenberg, claims that he broke his leg in December 2015 while brunching at Flashback Diner in Davie. Specifically, he says the he fell on the stairs outside the restaurant and couldn’t regain his balance using the guardrail because it was covered with holiday garlands and a large sand ashtray. He filed a personal injury lawsuit against the diner.

A woman filed a lawsuit in May against Mid-America Apartment Communities, Inc., after falling in her apartment complex in December 2015. She alleges that she fell in a grassy area between the mailroom and her apartment because a light wasn’t functioning properly. She claims that the apartment failed to keep its premises in a safe condition for tenants and invitees, and that this negligence caused her injuries.

In April 2015, a woman shopping at a Publix grocery store was walking in the frozen section when she slipped and fell because of an alleged water leak. She blames her injuries on the store’s failure to maintain a reasonably safe walking surface and failure to warn invitees of the dangerous conditions. She filed a personal injury lawsuit against the store and the refrigeration system company in May.

A couple is suing their condominium association after the wife alleged that she slipped and fell on negligently maintained pavement, cobblestones or bricks. She claims that she sustained bodily injuries from the fall, and her husband claims that he suffered loss of support and consortium. The accident occurred in March 2015 and they filed their lawsuit in May.

Q: What do I need to prove in order to win my slip-and-fall lawsuit?

Q: What damages am I entitled to?

A: You might be entitled to compensation for your medical expenses, past and future lost wages, pain and suffering and other relevant damages.

Q: When do I need to file my slip-and-fall personal injury lawsuit?

A: You need to file your lawsuit within four years of the date of your slip-and-fall accident.

Reach Out to Us for Help

If you were injured in a slip-and-fall accident caused by a property owner’s negligence, contact a Fort Lauderdale personal injury attorney at The Pendas Law Firm today for a free consultation. We will help you receive the compensation that you deserve.