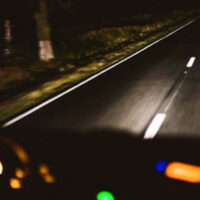 It is unfortunate that most American drivers admit to having gotten behind the wheel while tired at least once in their life. According to the National Sleep Foundation, after dark, tired drivers are often on the road between 12 and 2 a.m. Unfortunately, driving while drowsy puts everyone at risk. It is crucial for drivers to get enough sleep or rest before getting behind the wheel. According to the NSC, sleeping at least 2 hours less than the required time has a similar effect on driving as consuming three beers. It is crucial for drivers to avoid getting behind the wheel if they have been awake for 16 hours or more. Drivers should also adopt the habit of taking a break from driving. According to the National Sleep Foundation, stopping every two hours so you can take a rest can help you avoid drowsy driving.

According to the NSC, impaired drivers, especially those impaired by alcohol and other drugs, are most frequently on the road after dark – mainly between 12 a.m. and 3 a.m. on weekends.

If, after all your efforts to drive safely at night, you get involved in a night car accident because of another motorist’s negligence, you can recover compensation from the at-fault party. In such a case, our Miami personal injury attorneys at The Pendas Law Firm can help you file an accident claim against the at-fault motorist and recover the compensation you deserve.