PTSD After a Motor Vehicle Accident 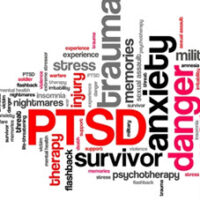 Car accidents are often an extremely traumatic occurrence on many different levels. No one can ever be fully prepared for the after effects which can manifest differently in different people. And regardless of whether physical injuries are immediately apparent after an accident, the emotional and mental implications can have a significant and long-term effect that many car accident victims have never previously contemplated. However, anyone who has been in a car accident should understand the legitimate risk of developing post-traumatic stress disorder (PTSD).


According to the National Institute of Mental Health, PTSD is a disorder that can follow a traumatic event. For many people, fear is triggered during and after a traumatic situation which can lead to a variety of emotions immediately afterward that typically go away pretty quickly. However, for others these mental alterations are continuous and for some of these people, there will eventually be a PTSD diagnosis in the days following the car accident that initially triggered symptoms.

What is the Risk of Developing PTSD After a Motor Vehicle Accident?

Unfortunately, the research indicates that people who experience a motor vehicle accident have a very real risk of developing PTSD. Research demonstrates that about nine percent of the general population who are in car accidents later go on to develop PTSD. And among those who have been in a car accident and seek mental health treatment, that number is significantly higher. Within that population, an average of 60 percent are diagnosed with PTSD.

What Are Common Symptoms of PTSD?

While PTSD manifests differently in everyone and can develop in anyone at any time for a plethora of reasons, symptoms tend to appear in specific traits affecting areas such as:

Have You Or a Loved One Been Injured in a Motor Vehicle Accident?

Then fortunately, we can help. Whether you suspect that you or your loved one is suffering from PTSD or more obvious physical injuries, you do not have to struggle to figure out your next steps alone. We understand how difficult the emotional, mental, and physical impact can be for both you and your family, and we can offer the competent legal help you need while you focus on recovering. Contact the experienced Fort Lauderdale personal injury attorneys of The Pendas Law Firm today and we will help you recover the compensation you are entitled to.