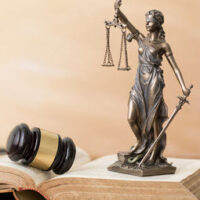 It was an unspeakable tragedy — 17 students and teachers died when a gunman opened fire at Marjory Stoneman Douglas High School in Parkland on February 14, and 16 others were injured.

Two injured students recently signaled their intention to sue the Broward County Sheriff’s Office, along with the Broward School Board, the FBI and other potentially negligent defendants. The students notified the various defendants of their intent to sue, which is the first step in filing a personal injury lawsuit.

Two of their allegations are that the school resource officer failed to act and that government officials could have prevented the tragedy:

Video footage shows that the police officer assigned to Stoneman Douglas did not enter the building when the gunman started shooting. According to the sheriff’s office, the officer stood outside for “upwards of four minutes” and did nothing to intervene. He was suspended without pay, but ultimately resigned from his position.

The school deputy should have gone in, said Sheriff Scott Israel. “Addressed the killer. Killed the killer.” That inaction could be viable grounds for the students’ personal injury lawsuits.

There were numerous warning signs that the shooter, 19-year-old Nikolas Cruz, was a risk, according to the notice letters. Specifically they say that both the Florida Department of Children and Families and the FBI were aware that Cruz was a threat and did nothing to prevent the mass shooting.

But the students might have trouble recovering compensation from the allegedly negligent government officials because, generally, sovereign immunity protects government actors from paying large jury awards.

Sovereign immunity is a legal doctrine that prevents government actors from being sued without their consent. State law waives this liability in tort actions (i.e., personal injury claims against the government) but imposes a cap on available damages. The state of Florida and its municipalities can be held liable for up to $200,000 per person and $300,000 per tort claim.

Students and other gun safety advocates began lobbying government officials soon after the shooting. The legislature responded by passing a bill that pays school resource officers more money and allows some school employees to be armed (and requires them to go through extensive training). Other provisions include:

While it’s not clear that this law could have prevented the negligence that allegedly contributed to the Stoneman Douglas shooting, it is a first step toward increasing public safety.

Contact a Fort Lauderdale personal injury attorney at The Pendas Law Firm today for a free consultation if you have been injured in a school-related accident. We will examine the facts of your case and help recover the compensation that you deserve.