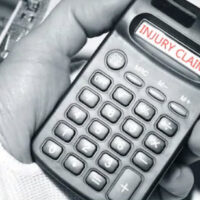 In personal injury law, the financial compensation a plaintiff receives after filing their personal injury claim is also called “damages.” The burden of proving damages always rests on plaintiffs and their attorneys. You are entitled to different types of damages in Florida as long as you can prove liability and negligence. You need to prove to the court all the damages and losses you incurred because of a person’s or company’s negligence so you can receive enough monetary damages to help you recover financially.

Individuals who file personal injury cases in Florida usually try to recover three main types of damages. These damages are;

These damages are also known as special damages.

Generally, all damages that you can easily quantify mathematically are economic damages. These damages are awarded to victims to make it easy for them to recover from direct financial losses. Some of the economic damages you could be entitled to if you suffered an injury due to someone else’s negligence include;

When calculating medical expenses, and before accepting any settlement offer, you need to factor in both the amount spent so far and any amount you will have to pay in the future. You need to ensure you have reached maximum medical improvement (MMI) before calculating your medical expenses or accepting an offer. MMI means that either you have reached your maximum healing level, or you can calculate your future medical costs.

These damages are also known as general damages.

Loss of companionship/consortium/affection is a type of general damage that families of victims can claim.

Proving general damages in court can be a daunting task, but many people manage to do so and receive fair compensation because of qualified attorneys.

Punitive damages are awarded to plaintiffs as a way of punishing at-fault parties for their misconduct.

These damages are rarely awarded in Florida.

Need Help Claiming the Damages and Losses You Incurred After Suffering a Personal Injury?

After suffering a personal injury, people go through emotional, physical, and financial hardship. No one is ever prepared for such difficulty. Consequently, it is only fair that you receive fair compensation if someone else’s negligence caused your injury. If you sustained a severe injury due to someone else’s negligence, you might be entitled to receive compensation for several damages. As the Fort Myers personal injury attorneys of The Pendas Law Firm, we can thoroughly scrutinize your claim and advise you during your initial consultation. Contact us for a free consultation today.