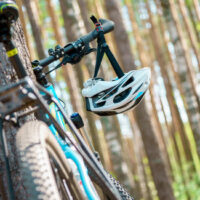 Miami is one of the most dangerous places in the country to ride a bicycle. In fact, Florida has the most cyclist fatalities in the United States. The four deadliest cities are Jacksonville, Tampa, Orlando and Miami. More than 3,500 cyclists were injured in Miami between 2010 and 2014, and 47 were killed. It doesn’t help that the culture isn’t completely accepting of cyclists, as the following story demonstrates:

Vera Arias was biking to work during morning rush hour on a federal highway near the intersection of Miami-Dade and Broward counties. Suddenly, a minivan swerved in front of her and crashed into her left shoulder. She flew off her bike and landed headfirst. She was wearing a helmet, but it came off from the impact. If that wasn’t bad enough, the minivan driver got out of his car and started shouting at her, “You’re so stupid! Why didn’t you stop? You’re an idiot!”

It’s unfortunate that so many drivers don’t know how to share the road with cyclists. But when drivers like that one don’t respect cyclists, they can easily cause accidents and be held personally liable for the injuries that they cause.

Florida operates under a comparative negligence standard, which means that you can only recover damages to the extent that you didn’t contribute to the accident. A tragic example demonstrates this point. Last month, a bicyclist ran into a stopped bus. He struck the middle of the bus on the driver’s side, but the driver didn’t notice the impact. When the bus started to move it ran right over the cyclist, who was killed.

In situations where a cyclist dies, like this one, his estate may bring a wrongful death lawsuit. But it’s possible that a jury would find this cyclist at least partially at fault, considering he drove into the bus. If the jury determined that he was 45 percent at fault and the bus driver 55 percent at fault, the estate may be able to recover 55 percent of his damages (such as medical bills and lost earnings) from the city (since it was a city bus).

A group of ten cyclists was recently riding in a bike lane on a road in Palmetto Bay when a car drove into them, causing several injuries. The driver fled the scene.

Not only can the driver be held liable for the injuries sustained by the cyclists, but he can also be held criminally liable for fleeing the scene. Based on the facts presented in the news article describing the incident, it would be difficult for a jury to find that the cyclists contributed to their own injuries. But even when a case seems cut-and-dry it’s important to hire an experienced attorney to make sure that you present an effective case.

Contact a Miami personal injury attorney at The Pendas Law Firm today for a free consultation if you or a loved one are injured in a bicycle accident. We can help ensure that you receive the compensation you deserve.