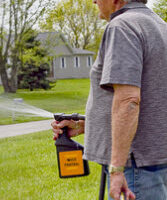 Multiple class action lawsuits have been filed against the manufacturer of a weed killer that people claim has made them sick. A Cape Coral man recently joined a lawsuit alleging that he used Monsanto’s Roundup weed killer regularly for 30 years and that exposure to the product’s main ingredient, glyphosate, led to his non-hodgkin’s lymphoma diagnosis. A class action lawsuit that was originally filed in federal court in Florida has since been transferred to a federal court in California.

Glyphosate is a commonly used pesticide and the active ingredient in Monsanto’s Roundup as well as other weed killers. According to the U.S. Environmental Protection Agency (EPA), almost 300 million pounds of this chemical is used every year by farmers, agricultural workers and other individuals. Scientists have not yet reached a consensus on whether glyphosate is actually a carcinogen or if it safe for human use.

Monsanto maintains that Roundtop does not cause cancer, while the International Agency for Research on Cancer classifies the pesticide as a probable human carcinogen. A panel of scientists assembled by the EPA in December 2016 said that the data is still unclear. While farmers suffer non-hodgkin’s lymphoma at higher rates than other professions, there is no consensus as to whether the cancer is caused by glyphosate exposure or another aspect of agricultural work.

There are three types of product defects: design defects, manufacturing defects and marketing defects. A design defect is inherent in the design of the product. For example, if a manufacturer intends that a car have three wheels instead of four, that would be an obvious design defect (because the car might not operate safely on only three wheels).

In an action claiming negligence, the suing party would have to prove that the manufacturer, seller and/or distributor violated a duty of care owed to the plaintiff.

Contact an Orlando personal injury attorney at The Pendas Law Firm today for a free consultation if you have suffered a product-related injury or illness. We will help you recover the compensation that you deserve.