Intervening in a Personal Injury Lawsuit 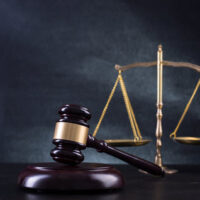 Some lawsuits are fairly black and white. Person A injures Person B, and Person B files a personal injury lawsuit. But what if Person A injured Person C in the same accident? Does Person C have to file her own lawsuit, or is there any way for her to join Person B’s lawsuit?

The simple answer is, yes, there is a way. The more complicated answer is that it depends on the particular facts of the case.

In May, the Miami Herald filed a lawsuit against the Florida Department of Transportation, seeking documents related to the Florida International University bridge collapse that left six dead and nine injured (other lawsuits have been filed by some of the victims). Now, the federal government “is considering participation” in the lawsuit, because the records sought by the Herald are the subject of a pending federal investigation.

Federal law allows the government “to attend to the interests of the United States in a suit pending in a(ny state) court.” But the government is not the only party that’s allowed to intervene in a lawsuit. Private citizens may also intervene, including in personal injury lawsuits. Many injury lawsuits involve multiple plaintiffs and defendants, and sometimes it’s easier to combine everyone into one lawsuit. Intervention is one way to do that.

Intervention is a legal procedure that allows outside parties join a lawsuit in order to protect their interests. However, you can’t simply decide that you want to join a particular suit. First, you have to file a motion with the court explaining why you’re interested in the case and the legal basis for you becoming involved. Then the court will decide whether to grant or deny your motion. Intervenors become parties to the case with the same rights and duties as the original parties.

When Can I Intervene?

Under Florida Rule of Civil Procedure Rule 1.230, “anyone claiming an interest in pending litigation may at any time be permitted to assert a right by intervention[.]” However, intervention is “in subordination to, and in recognition of, the propriety of the main proceeding, unless otherwise ordered by the court in its discretion.”

In other words, the court may allow intervention, but it doesn’t have to. In fact, the Florida Supreme Court has said that it’s important to maintain the integrity of the original case and not to allow intervenors to take the lawsuit in a different direction. That why Florida courts must make sure the intervenor’s interests are within the scope of the original litigation and define the parameters of the intervention.

Contact an Orlando, Florida personal injury attorney at The Pendas Law Firm today for a free consultation if were injured because of someone else’s negligence. We will examine the facts of your case and help recover the compensation that you deserve, including pain and suffering, lost wages, and medical expenses.