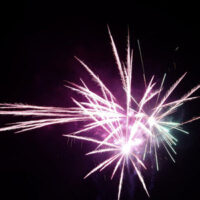 Thousands of people are injured by fireworks every year, according to the U.S. Consumer Product Safety Commission (CPSC). In 2017, U.S. emergency departments treated approximately 12,900 people whose injuries were at least partially caused by fireworks. Here are a few other related stats:

While many fireworks-related injuries can be attributed to user error, manufacturer negligence could play a role in some cases.

In 2017, an Orlando couple bought a “smiley face” firework from Sky King Fireworks, a company in Daytona Beach. The firework blew up when the man tried lighting the fuse, injuring his face, hands and leg. The blast blew the middle finger off his right hand, and he learned at the hospital that the rest of the fingers on his right hand would be amputated. He also suffered hearing loss. The couple filed a lawsuit accusing Sky King of negligent distribution, negligent failure to warn, strict liability and breach of implied warranty of fitness. They’re seeking more than $15,000 in damages.

The CPSC provides numerous safety tips for using fireworks, including:

Most Fireworks Are Illegal in Florida

It is illegal to sell or set off fireworks in Florida, except for groups with permits for public demonstrations. (Illegal fireworks don’t include sparklers, snakes, smoke bombs or snaps. Fireworks can also be sold for agricultural reasons, like scaring birds away from fish hatcheries. See the statute for more details.) But that doesn’t stop roadside stands from selling rockets, firecrackers, giant sparklers and other illegal products.

So besides getting injured from using fireworks, you also risk being criminally penalized with fines and jail time.

Contact a Fort Lauderdale personal injury attorney at The Pendas Law Firm today for a free consultation if you were injured by fireworks. We will examine the facts of your case and help determine if negligence is to blame. If negligence caused your injury, then you are entitled to seek compensation for your medical bills and other related expenses.