I Suffered A Herniated Disc In A Florida Car Accident. How Much Will I Recover From The At-fault Party? 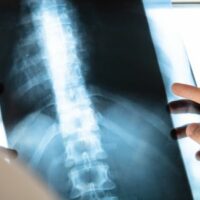 So, how much exactly can an attorney help you recover after suffering a herniated disc in a car accident? There is generally no average settlement for a herniated disc in Florida. This is mainly because every case is different, and the amount you receive depends on several factors and the facts of your case.

What Is a Herniated Disc?

Common symptoms of a herniated disc include;

According to Mayo Clinic, symptoms of a herniated disc generally depend on where the disc is situated and where it is pressing on a nerve.

Factors That Can Affect Your Settlement Amount

Your herniated disc settlement amount is dependent on several factors. These factors include, among many others, the following;

Suppose your doctor believes your herniated disc injury will last for a long time, meaning it will continue preventing you from living the life you were living before your accident for a long time. In such a case, you should recover a substantial amount of payment.

Did you suffer a herniated disc in a Florida car accident because of another driver’s negligent or wrongful act? If so, our Miami personal injury attorneys at The Pendas Law Firm can help you recover the compensation you deserve. Contact us today to schedule a consultation.