Filing a Personal Injury Lawsuit as an Undocumented Immigrant 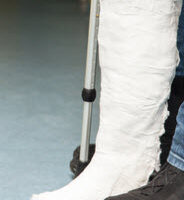 An undocumented immigrant from Guatemala filed a lawsuit in Miami federal court after her son was injured at an immigration detention center. The 11-year-old boy was injured when another child caused him to hit his head on a metal bed. The lawsuit claims that detention center officials didn’t protect the boy and also didn’t check for serious head injuries or provide pain medication. She is seeking damages for her son’s pain and suffering.

(The mother is also seeking asylum in the United States. She and her son were separated at the border in May.)

There has been a lot of controversy over illegal (and even legal) immigrants lately. Deportations are on the rise, and many policy discussions focus on letting in fewer immigrants altogether.

There are even some who think non-U.S. citizens shouldn’t receive the same protections under the law as U.S. citizens. But the U.S. Supreme Court has said that “once an alien enters the country, the legal circumstance changes, for the Due Process Clause applies to all ‘persons’ within the United States, including aliens, whether their presence is lawful, unlawful, temporary, or permanent.”

These constitutional protections give undocumented immigrants like the Miami mother the right to file personal injury lawsuits in the U.S. This makes sense because noncitizens, too, can be injured in car accidents, from not receiving proper care or by some other form of negligence.

There are some restrictions, however. Typically when someone seeks personal injury damages they request compensation for medical expenses, pain and suffering, and lost wages (among other damages). But if an illegal alien wants compensation for lost future earnings, then immigration status becomes an issue at trial. Whether that’s an effective litigation strategy depends on the circumstances.

How Do I File a Personal Injury Lawsuit as an Undocumented Immigrant?

The litigation process is the same, whether you’re a U.S. citizen, permanent resident or undocumented immigrant. Seek medical attention for your injuries and consult an experienced attorney. You have four years from the date of the accident to file a personal injury lawsuit (longer if the victim is a child), but the sooner you file, the better. Also, Florida is a pure comparative negligence state, which means defendants pay damages that are proportionate to their percentage of fault.

A Note About Workers’ Compensation

While illegal aliens are entitled to workers’ compensation when they’re injured on the job, Florida law makes it easy for employers to avoid making these payments. A 2003 law allows undocumented workers to be arrested and potentially deported instead of receiving their workers’ comp benefits. Some lawmakers are hoping to change this law.

Contact a Miami personal injury attorney at The Pendas Law Firm today for a free consultation if you are injured because of negligence, regardless of immigration status. We will help you seek compensation for your injuries, including medical expenses and pain and suffering.