Dealing With a Driver Post-Accident Who is Impaired By Opioids 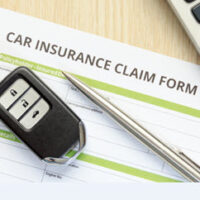 We have all been indoctrinated with the knowledge that after a car accident, the responsible thing to do is to get out of your vehicle and exchange contact information with the other driver. However, the landscape of our country is changing in a day and age where opioid use is rampant.

In a disturbing trend, the Tampa Bay Times recently reported that the odds of dying from an accidental opioid overdose are now higher than the odds of dying from a car accident. In a grim shift, opioid overdose fatality odds are now 1 in 96, placing it highest among preventable deaths in the U.S. If you are not an opioid user, you may find this statistic tragic but also think that this drug would never impact your life. This may be far from true.

Equally disturbingly, according to the results of a study published by the American Journal of Public Health, the amount of fatally injured drivers who tested positive for prescription opioids rose 700 percent between 1995 and 2015. In fact, opioids are now more likely to be found in drivers killed in vehicular crashes than alcohol.

This suggests that in addition to the fact that more Americans than ever before are using opioids, you are now also sharing the road with more people who are driving while using them.

What Are Opioids and Why is Opioid Use So Common?


Opioids are a class of both illegal and prescription drugs that includes heroin, synthetic opioids such as fentanyl, morphine, and oxycodone (OxyContin). Generally speaking, opioids are safe when taken for a short time and under the care of a doctor. However, opioids have a high propensity for addiction because they produce euphoria in addition to pain relief. Unfortunately, even opioids prescribed by a doctor can lead to crippling addictions.

What is the Problem With Driving After Opioid Use?

Opioids can cause drowsiness and impair cognitive function, both of which are obvious threats to both the driver who has used them as well as everyone else on the road. Therefore, opioids can increase the crash risk.

What Should You Do After an Accident When You Suspect the Other Driver Has Used Opioids or Another Mind-Altering Substance?

Be cautious before getting out of your vehicle if you noticed the other driver was driving erratically prior to the accident. If your suspicions are correct, the other driver can exhibit sudden and dramatic mood swings and otherwise act impulsively in ways that present a threat to you. Therefore, if you suspect the other driver is impaired, you should do the following cautiously:

Have You Been Injured as the Result of An Accident Caused By a Driver You Suspect Had Used Opioids?

Then allow us to help. Contact the experienced Tampa personal injury attorneys of The Pendas Law Firm today and we will help you recover the compensation you are entitled to.