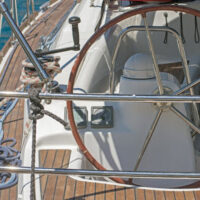 In June 2018, two boats crashed during the Jacksonville Grand Prix of the Sea on the St. Johns River. Several people were injured in the accident, and one man, a Florida firefighter, died. Witnesses expressed concerns about the safety of the race, according to news reports. Whether the race organizers or boat drivers were negligent is not yet known. But we do know that it was a terrible tragedy.

Florida leads the nation in boating accidents and deaths, according to the Florida Fish and Wildlife Conservation Commission. The commission’s annual boating accident report found that there was a 14 percent increase in accidents between 2016 and 2017, and 67 deaths in both years. The most common type of accident is falling overboard, and the most common cause of death is drowning. Some of these accidents are caused by negligence — maybe a driver didn’t operate the boat correctly or one of the boat parts was defective.

Boats, like any type of machinery, require maintenance. That can be dangerous work.

In June 2017, a man was cleaning the hull of a luxury yacht in North Palm Beach when a crew member activated the propellers. The man was sucked into the engines and fatally injured. An attorney recently filed a wrongful death lawsuit on behalf of the man’s four children.

The lawsuit claims that the marina, yacht owner, and employer all acted negligently. Specifically, the suit alleges that:

Even though Florida is the deadliest state for boating accidents, it doesn’t require any formal boating education. One woman hopes the state will eventually require boat operators to take basic safety classes, similar to what new automobile drivers are required to do. She began her campaign after her 23-year-old son died in 2007 in a boating accident. The driver made a quick turn, and he son was thrown off the boat. He was struck by the propellers and wasn’t wearing a life jacket.

Unfortunately, accidents like these happen far too often in Florida. You have the right to seek compensation if your injury or loved one’s death was caused by a negligent boat operator.

Contact a West Palm Beach personal injury attorney at The Pendas Law Firm today for a free consultation if you were injured or a loved one was killed in a boating accident. We will examine the facts of your case and help determine what caused the injury or death. If negligence was the cause, then you are entitled to seek compensation for medical bills, funeral costs, property damage and other related expenses.