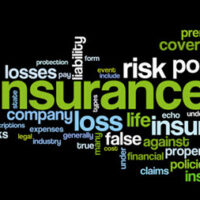 Floridians whose homes were damaged by Hurricane Irma or other tropical storm or hurricane activity are eager to repair their properties. But some insurers are worried that homeowners looking for quick and easy repairs might be vulnerable to assignment of benefits abuse. They urge homeowners to proceed with caution in assigning their insurance benefits. But restoration professionals also deserve to be compensated for their services.

What Is an “Assignment of Benefits”?

According to the Personal Insurance Federation of Florida, “an assignment is not required for work to begin” and homeowners should be cautious of “unscrupulous vendors promising free roofs or other quick repairs following the storm.” Insurers worry that contractors sometimes inflate their rates, which has led to increased insurance rates.

However, homeowners often do need quick repairs to prevent additional damage, especially when flooding is an issue. The ability to assign their benefits helps property owners who need emergency repair services. Examples of such services include water and mold remediation, debris removal and fire and smoke damage restoration.

Hundreds of thousands of insurance claims have been filed in the wake of Hurricane Irma, and the Florida Office of Insurance Regulation warned homeowners that disputes between contractors and their insurance companies could embroil them in legal battles and leave them paying the difference between what the company is willing to pay and what the contractor demands.

“Homeowners are encouraged to file a claim directly with their insurance company to maintain control of the rights and benefits provided by their insurance policy in resolving a claim,” Insurance Commissioner David Altmaier said in a news release.

There have been numerous calls for AOB reform, by insurance companies, lawmakers and other government officials. The legislature introduced a reform bill last year, an effort supported by Altmaier that ultimately failed. He has indicated that his agency will consider regulatory action to address the alleged abuses.

There are some common sense measures that homeowners can take to prevent AOB fraud. Never assign all of your benefits over to one contractor who can’t address all of the repair work that needs to be done. For example, you might need both plumbing and electrical work done, and a plumber won’t be able to address the electrical issues.

Let Us Assist You with Your Case

Contact a Fort Myers insurance attorney at The Pendas Law Firm today for a free consultation if your property has sustained hurricane damage. We will guide you through the insurance claims process and help you recover for your losses. We can also help contractors who have had insurance benefits assigned to them.