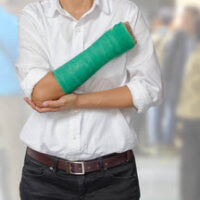 But what does the “standard of care” actually mean? The law of negligence defines that standard as the level of care that a “reasonable person” would exercise in a similar situation. For example, it’s reasonable for a motorist to obey traffic laws, including following the speed limit.

Who Is a “Reasonable Person”?

The “reasonable person” is not an actual person. It is a legal fiction focusing on how a typical person would behave under certain circumstances. Whether a person acted reasonably or not also depends on whether he or she owed the injured person a duty of care. For example, if a trespasser breaks into a dark retail store and injures himself because he can’t see where he’s going, the business owner can argue that he did not owe him a duty of care and that it is also reasonable for the lights to be off when the store is closed.

In July 2015, two 14-year-old boys were lost at sea when they were allowed to take an 18-foot boat out onto the Atlantic Ocean without adult supervision. The mother of one of those boys filed a wrongful death lawsuit against the other boy’s relatives, claiming that his mother acted negligently in allowing them to take the boat out. Evidence suggests that their boat capsized a mile from the coast during a strong storm.

“No reasonable person would permit a 14-year-old child to captain an 18-foot, 2-inch single engine vessel in the ocean without adult supervision, especially in the summer, when afternoon storms are common,” the complaint says, and “without making sure there were no adverse weather conditions forecasted, or further ensuring the vessel was equipped with VHF radio, appropriate electronics and other communication devices to allow the vessel to be tracked in the event of an emergency.”

In fact, the Florida Department of Law Enforcement found evidence of child neglect, but investigators concluded there was not enough to press charges against the mother who allowed the boys to take the boat out. But this evidence could be sufficient for a wrongful death claim.

Contact an Orlando personal injury attorney at The Pendas Law Firm today for a free consultation if you are injured in an accident. We will examine the facts of your case and determine whether you have a viable claim for negligence. We will then help you recover compensation for your injuries, including medical expenses, lost wages, and pain and suffering.