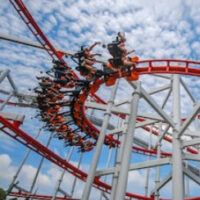 Amusement parks are a source of fun for kids of all ages and have been for many years. Almost everyone can appreciate some aspect of amusement parks whether the part favored is the scream-inducing roller coasters, water rides that give patrons a break from the Florida sun, or the large variety of food such as buttery popcorn.

However, not every trip to the amusement park remains a casual affair. In fact, sometimes amusement park accidents occur which result in serious injuries and in the worst cases, can even result in death.

What is the Recent Example in the News of the Potential Consequences of Amusement Parks?


The Orlando Sentinel recently reported that two elderly visitors were hospitalized with fractures after they fell climbing on or off rides at an amusement park. These results were a part of a recently released state report that covered all the injuries between January and March where visitors were hurt or sick on the attractions and required at least 24 hours of hospitalization. Unfortunately, the report indicates that these weren’t the only injured amusement park visitors during this time frame.

How Common Are Amusement Park Injuries?

A 2017 report published by the National Electronic Injury Surveillance System, a faction of the Consumer Product Safety Commission, indicates that there were over 43,000 estimated injuries that occurred as the result of amusement park injuries. Perhaps unsurprisingly in the context of amusement parks, most of these injuries occurred among children who were between the ages of 5 and 14. However, young children are not the only victims of the negligent behaviors of some amusement park operators.

What Factors Can Contribute to the Accidents at an Amusement Park?

What Kind of Amusement Park Injuries Can Occur?

Unfortunately, there are many different types of injuries that can occur on amusement park rides. These injuries can include:

What Should You Do if an Accident Occurs at an Amusement Park?

Despite your best efforts to simply have fun, injuries can happen to you or a loved one in an amusement park accident. If it happens to you, contact an experienced personal injury attorney as soon as possible after obtaining needed medical treatment. Despite whatever claims those operating the amusement park may make, there is a good chance you can be compensated for the injuries incurred and hold the responsible parties accountable.

Have You Been Injured in an Amusement Park?

If you believe that you or a loved one has been injured as a result of negligence or a defective product while at an amusement park, then allow us to help. Contact the experienced Orlando personal injury attorneys of The Pendas Law Firm today and we will help you recover the compensation you are entitled to.