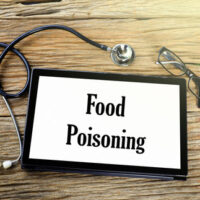 A customer is alleging that the negligence of a Cooper City restaurant, La Brochette Bistro, made her sick. Alexandra Baker recently filed a personal injury lawsuit against the restaurant in Broward Circuit Court.

Specifically, she argues that the restaurant didn’t follow appropriate safety guidelines in preparing her meal and aggravated a previously existing disease, causing her pain and anguish.

Florida restaurants have a duty to exercise reasonable care in operating their businesses. They must maintain a safe and clean environment and eliminate unreasonable dangers to consumers. And yet, food poisoning is fairly common in the United States. One in six Americans are affected by foodborne illnesses every year, according to the U.S. Centers for Disease Control and Prevention.

Seek medical attention immediately if you suspect you have eaten contaminated food. Then contact an experienced personal injury attorney, who will determine if you have a viable cause of action and identify the parties potentially responsible for your medical expenses and other damages.

Other Food Poisoning Cases in Florida

An inmate recently sued the Florida Department of Corrections for allegedly feeding him a maggot-filled sandwich and permanently damaging his stomach and intestines. He was working at a car wash as part of a work-release program and received his lunch from corrections officials. One day he took a bite of a sandwich that the state had provided and thought it tasted weird. He told his fellow inmates, who said they had all avoided eating lunch. When the inmate looked at the sandwich more closely he discovered maggots crawling around.

He was sent to a clinic where doctors diagnosed him with food poisoning. His lawsuit claims that he suffered “bleeding in his stool, stomach contortions and other physical changes, and severe sickness that almost killed him.” He alleges that the freezer where meat is stored doesn’t work properly and instead of fixing it, kitchen staff throw away meat when it spoils. But in this case, they failed to do that.

Florida officials can now track food poisoning claims online, where customers can report their illnesses. There is even a website called Iwaspoisoned.com that allows people to anonymously report food poisoning incidents. The site receives hundreds of reports from users across the country. Florida incidents are emailed to the Florida Department of Health, which investigates those claims that include contact information.

Contact a Fort Lauderdale personal injury attorney at The Pendas Law Firm today for a free consultation if you are the victim of defamation. We will help you recover the compensation that you are entitled to.