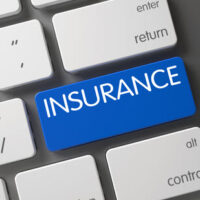 Hurricane Irma slammed into Florida in September as a Category 4 storm, bringing substantial winds to communities across the state. Irma’s winds uprooted so many trees in Palm Beach County that it could be three months before officials can remove all of the vegetation debris, according to the county Solid Waste Authority.

Water damage is also a major issue in Palm Beach County. For example, a woman who lives in Delray Beach lost her roof during Irma and watched as water poured into her house before she was rescued by police. She told the Palm Beach Post that she doesn’t have flood insurance.

Most homeowners’ insurance policies don’t cover flood damage. In fact, there are only 13 private companies that offer private flood insurance in Florida, according to the state Office of Insurance Regulation. There are also nine companies that offer policies covering losses that exceed the federal payout limit. Unfortunately, the federal program that provides flood insurance policies is in trouble. It’s been losing money for years, and without congressional action, it may expire all together.

The NFIP was set to expire on September 30, 2017, but President Donald Trump recently signed a law that reauthorizes the program through December 8, 2017.

A Congressional Budget Office report released before Hurricanes Harvey and Irma found that the NFIP faces annual costs of $5.7 billion while bringing in only $4.3 billion in revenue. One of the problems is the method for setting premiums, which has underestimated by $1.1 billion how much claims will cost.

Delaying expiration of the NFIP is only a short-term fix to a long-term problem. Jim Grande, a senior vice president of Government Affairs for the National Association of Mutual Insurance Companies told the Insurance Journal that problems with the NFIP have been evident for over a decade, and that Congress has had opportunities to reform the program.

But that solution might not come soon enough for Floridians and others facing hurricane cleanup and the threat of additional storms. It’s been an active hurricane season so far, as predicted by forecasters from the National Oceanic and Atmospheric Administration. And hurricane season runs from June 1 through November 30, so there could be more on the way.

Reach Out to Us for Help

Contact a West Palm Beach insurance attorney at The Pendas Law Firm today for a free consultation if your property has sustained wind, flood or other hurricane-related damage. We will guide you through the insurance claims process and help you recover for your losses.