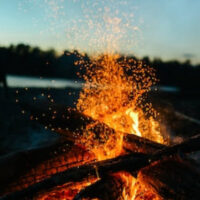 Local 10 News recently reported that the Florida teenager who was severely burned at a bonfire on New Year’s Eve in 2017 has died of her injuries after a long battle. The then-fourteen-year-old high school freshman was at a small gathering with friends in Fort Pierce when she went tried to rekindle the fire by pouring more gasoline on it. Sadly, the gas can instead exploded in her hand and caused third-degree burns over 95 percent of her body. Three other people including her friend and his parents were also burned while trying put out the flames. Reportedly, the only part of the young teenager’s body that wasn’t burned in the accident was the bottom of her feet.

While bonfires are obviously a common pastime in fall, open fires are also common in the warmer months for a different reason – camping. And while a bonfire can be a lot of fun, it is, unfortunately, not hard to imagine how a large tower of burning wood can lead to a serious personal injury.

How Can These Accidents Be Avoided?

Before starting a fire:

Once you have a fire going:

Have You or a Loved One Been Injured in a Bonfire Accident?

In the course of pursuing an innocent pastime, you or someone that you love can suffer serious injuries in a bonfire accident that occurs because of someone else’s negligent behavior. However, you may actually be able to hold responsible those individuals who contributed to the dangerously-built fire that injured you on their property. If you or anyone you know is suffering from serious burns or other injuries due to the wrongdoing of another person, our team can gather the evidence that is needed to build the strongest possible case for your claim while you ensure you get the rehabilitative care you need following your injury. Contact the experienced Orlando personal injury attorneys of The Pendas Law Firm and we can begin fighting for you today.