The Problem With Older Drivers and New Car Technology 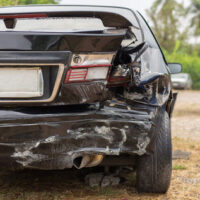 According to an article published recently by the Palm Beach Post, an older driver recently died three days after being injured in a crash. The 90-year-old man incurred the injuries that turned out to be fatal when his vehicle struck two curbs and a tree while he was reportedly driving in the wrong direction on Military Trail outside Boynton Beach. The elderly man was driving his 2019 Hyundai Sonata at about 1 a.m. on a weekday morning when the accident occurred and it appears that his was the only vehicle involved.

Understanding the Risks of New Technology


The cause of the fatal collision outlined above has not been publicly announced by authorities. However, it is clear that the 90-year-old was driving a vehicle that was practically new at the time of the accident. According to a AAA car safety study, the technology built into new cars these days can be unsafe for all of us to use but carries a particularly heightened risk for older adults. Findings of the study, conducted by researchers at the University of Utah and carried out for the AAA Foundation for Traffic Safety, indicate that older drivers find many new smart car features to be more demanding and confusing than younger drivers do.

The study utilized two test groups – one “younger” with people between the ages of 21 to 36 and the other, an “older” group with those aged 55 to 75. Each study participant was asked to drive a 2018 model vehicle with substantial technology advancements such as voice activation and navigation screens. Participants were then asked to complete specific tasks which included sending a text, changing the music, using the navigation system and making a phone call. While both groups of drivers reportedly found some of the features challenging, the study ultimately revealed that there was a greater amount of demand in a visual and cognitive way for the group of older drivers.

Be Proactive in Helping the Older Driver You Love

If an older driver you care about is in the market for a new vehicle, make sure that you accompany them to the dealership. Even if your loved one is interested in a vehicle with a lot of bells and whistles, gently guide them toward something appropriate. You can even have him or her test out these features so that they can see that they may be more difficult and less user friendly than your loved one thought.

In addition, one of the best ways to protect the older family members you love is to stop them from driving beyond the time it is safe for them to do so. If you believe your loved one should no longer be driving, speak up. It’s better to have a difficult conversation than to regret having stayed silent in the event of a tragedy.

Allow Us to Help

When other drivers have been hit by an elderly driver and injured, they may be able to file personal injury claims if that elderly driver was negligent. And regardless of whether the accident you were involved in involved an older person, you should understand that you may have rights under the law to pursue compensation from the responsible parties. As the West Palm Beach personal injury attorneys at The Pendas Law Firm, we are committed to helping accident victims of all ages successfully hold negligent drivers responsible for their actions. Contact us today for help.