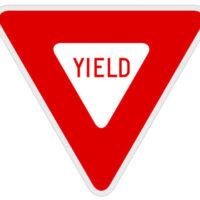 There are clear rules of the road concerning yielding to other drivers in certain circumstances outlined in Florida law such as:

These right-of-way traffic laws are designed to keep everyone on the road safe, from drivers to motorcycle riders and even pedestrians. Despite the law, some drivers instead operate as if they always have the right of way and one of the most common causes of Florida vehicle accidents is a failure to yield by a careless or negligent driver.

Two Tragic Examples of the Consequences of Failing to Yield


Sadly, the Palm Beach Post recently reported on two separate examples of the grim outcomes that can occur when there is a failure to yield. In the first, a 35-year-old man died in an early evening collision near Greenacres when a car in which he was a passenger struck a truck after failing to yield. The car was being driven by a 75-year-old woman who collided with the other car while attempting to cross a street before also making impact with both a parked truck and then a house. In addition to the passenger who was fatally injured, the driver who failed to yield and the driver of the truck she collided were both taken to the hospital with injuries.

In contrast, the other recent example demonstrates that it isn’t always the failure of a motorist to yield that results in a collision. Pedestrians, motorcyclists and bicyclists must also adhere to rules for who gets to go and who has to wait. In the second incident, a 44-year-old woman was struck by a car and killed on a weekday morning as she crossed a street. Multiple eyewitnesses told authorities that the car, not the woman, had the right-of-way at the time of the fatal collision.

Have You or a Loved One Been Injured in a Car Accident Because Someone Failed to Yield?

As a firm that represents many injured car accident victims and their families here in the Sunshine State, we want to ensure that you understand that you deserve to learn about your legal rights to monetary compensation for medical expenses, lost earnings, and future care and treatment. The West Palm Beach personal injury attorneys at The Pendas Law Firm have helped many people in similar circumstances figure out how to proceed following a car accident and we offer the legal help you need to be successful with your claim. Contact us for help today.