The Importance of Car Seats For Children 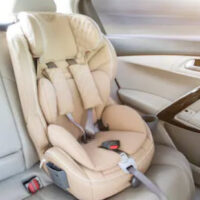 Children bring joy to many of us. But unfortunately, their youth also makes them more vulnerable to risks that we all face every day such as the impact of a car accident. Sadly, the actions of a caregiver while driving can result in the child being physically injured or harmed – especially when for one reason or another, the child is riding without a car seat.

What Example of This Kind of Tragedy Was Recently in the News?

The South Florida Sun Sentinel recently reported that authorities have asserted that a mom was speeding at more than 90 mph when a crash occurred that killed her 5-year-old child. The 25-year-old Oakland Park resident was headed east in late August when she lost control of the Nissan she was driving, reportedly causing it to veer off the roadway and hit a tree. It has also been reported that the little boy who tragically lost his life was not secured into a child safety seat, causing him to be ejected from the vehicle.

What Risks Do Children Face By Simply Riding in Cars?

Unfortunately, statistics suggest that the smallest passengers are also some of the most vulnerable. Motor vehicle crashes are in fact a leading cause of death among children here in the United States. According to the Centers for Disease Control (CDC), in 2016 alone more than 700 children ages 12 years and younger died in car crashes. Additionally, more than 128,000 were injured.

The good news is that parents and caregivers can make a lifesaving difference by simply ensuring that children are buckled in age- and size-appropriate car seats, booster seats, or seat belts.

Has a Child You Love Been Injured While Riding in a Car?

Whether you’re a parent, relative, friend or caregiver, watching a child you care for become injured in a car accident is something no one wants to think about. Despite efforts to keep a little one safe, the reality is that the risks of the road can result in an accident in which your child becomes injured. If this happens, you should understandably do everything that you can to obtain the medical help your child needs. But in addition to obtaining medical attention for him or her, you should reach out to an experienced personal injury attorney who can help you advocate for your child’s rights and hold the responsible parties accountable. Contact the Fort Lauderdale personal injury attorneys at The Pendas Law Firm for help today.