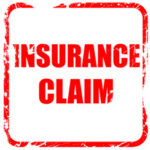 Though many personal injury lawyers will assert to be able to value your claim, the truth of the matter is that most insurance agencies often use a computer system called Colossus to calculate what your personal injury is worth. Colossus was introduced in 1980 and has proven to be so effective that more than… Read More »

Seattle-based coffee giant Starbucks is in hot water after a Fort Lauderdale man recently filed a $15,000 lawsuit alleging he received second-degree burns as a result of an employee’s negligence. The plaintiff claims he suffered burns to his groin area when the employee failed to properly secured the cup’s lid as he passed the… Read More »