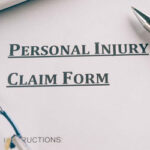 There are number of procedural issues that could prevent plaintiffs from prevailing in their personal injury lawsuits, or at least make it more difficult. That’s why you should always consult with an experienced attorney who understands how to handle such issues. One recent example surfaced in a personal injury lawsuit filed by customers who… Read More » 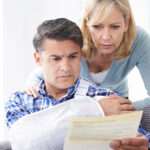 Who Is Liable for Swimming Pool Related Accidents in Miami, Florida?

From 2005 to 2014, there were 3,536 fatal unintentional, pool-related drownings in the United States. That is the equivalent to approximately 10 deaths per day, according to the Centers for Disease Control and Prevention. Florida is leading the nation in the number of fatal unintentional drownings in swimming pools, with the death rate of… Read More »

Seattle-based coffee giant Starbucks is in hot water after a Fort Lauderdale man recently filed a $15,000 lawsuit alleging he received second-degree burns as a result of an employee’s negligence. The plaintiff claims he suffered burns to his groin area when the employee failed to properly secured the cup’s lid as he passed the… Read More »