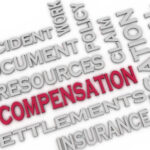 Florida property owners have an obligation to keep their visitors safe from harm, including crimes committed by third-parties. Individuals who must meet this standard include commercial business owners, property managers, landlords, and other types of property owners. Those who fail to meet the standard of care required of property owners (which varies based on… Read More » 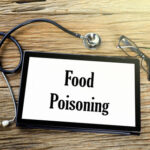 Should You Try to Sue a Restaurant for Food Poisoning?

Can you sue a restaurant for food poisoning? Sure. But should you? That is the real question. When you eat out at a restaurant, you expect the restaurant to meet certain standards, such as good service, good food, and a good time. So when you become very sick after eating at a restaurant, and… Read More »

Is Disney Liable for the Alligator Attack On Its Premises?

We have all heard by now about the unfortunate tragedy that befell that Graves family on their family vacation to Disney World in June. In case you have not heard though, 2-year old Lane Graves of Nebraska was snatched up by an alligator on the beaches of the Orlando, Florida Disney resort late Tuesday… Read More »