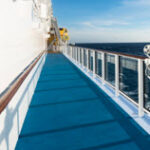 Determining Liability for Injuries Sustained on Your Summer Cruise

According to the Cruise Lines International Association, 62 percent of individuals who go on a U.S. cruise depart from one of Florida’s ports, with Port Miami and Port Canaveral catering to a majority of vacationers, and Fort Lauderdale coming in a close third. In 2015 alone, 6.24 million passengers came and went through one… Read More »