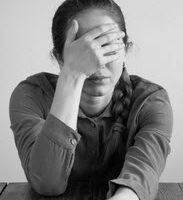 Venus Williams is being sued by the widow of a man who died two weeks after a June 9 car accident allegedly caused by the tennis star. The accident took place in Palm Beach Gardens when the car carrying 78-year-old Jerome Barson and his 68-year-old wife Linda crashed into the side of Williams’ SUV.

Linda Barson, who was driving the couple’s Hyundai Accent, claims that Williams was driving negligently. Police initially thought that Williams ran a red light, but surveillance video showed that she entered the intersection lawfully. Now Williams is arguing that Jerome Barson wasn’t wearing a seatbelt and that the couple’s car was not adequately maintained. Police say they haven’t yet determined who was at fault for the accident.

Linda Barson’s wrongful death lawsuit also alleges that she suffered “severe traumatic injuries” from the crash. Williams argues that a surviving spouse may not recover damages for personal injuries.

This is what Florida law says about survivors (including spouses, children and parents of minor children) and wrongful death compensation:

Additionally, if a survivor paid for the decedent’s medical or funeral expenses then he or she may recover those damages as well.

All car accident victims are entitled to compensation — if not more than 50 percent at fault — even if the other driver is a celebrity or well-known public figure.

If you are injured in a car accident, or if a loved one is killed, contact a Fort Lauderdale personal injury attorney at The Pendas Law Firm today for a free consultation. We will help you recover the compensation that you deserve, including medical expenses, lost wages and other damages.