How to Talk To Your Teens About Impaired Driving 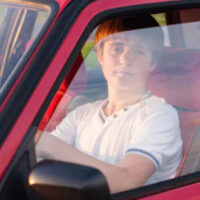 A new year is typically an opportunity for new beginnings. But unfortunately, the new year already came with a fatal collision for four people who were reportedly in a vehicle that was hit by a teen driver who may have been impaired. The Miami Herald has asserted that the four individuals lost their lives less than four hours into 2021 after a Chevrolet Tahoe driven by a teenager hit a Hyundai Elantra. The woman and three men who were riding inside the Hyundai Elantra were declared dead on the scene following the fatal collision. The Hyundai driver had apparently moved into the intersection to make a left turn when the Tahoe smashed into the left side of the vehicle. Sadly, one person in the front passenger seat of the Hyundai was thrown from the vehicle during the collision and the other three people in the car apparently became trapped inside after the two vehicles stopped stuck together. The three 16-year-old boys in the Tahoe were taken to a local hospital with injuries that weren’t life threatening. Alcohol, drugs, and excessive speed are all being looked at by authorities as possible factors in the crash.

Why You Need to Have the Talk Sooner Rather Than Later

It’s never easy to talk to your teen about drinking and driving, but that doesn’t mean it isn’t necessary. Unfortunately, incidents like the one outlined in the news report above indicate that teenage drinking and driving has serious consequences. Teens are already 10 times more likely to be in a fatal car accident than adults, and that’s before factoring in the fact that 25 percent of fatal teen crashes involve drinking. If you have a teen in your household who is of driving age, the time to talk to him or her is now if you haven’t already. Even if you truly believe that your teen has not experimented with alcohol, you should recognize that the day will inevitably come when he or she chooses to indulge. You should implement the following when you sit your young loved one down for this important discussion:

Have You Been Injured in an Accident Caused By a Teen Driver?

Depending on the circumstances of the accident, the victims of the car crash will either file a claim with their own insurance company or with the at-fault party’s insurance company. Either way, it is important to have experienced legal advocates on your side if you have been injured and find yourself among the accident victims. As the Fort Lauderdale personal injury attorneys of the Pendas Law Firm, we have dedicated ourselves to assisting accident victims and you can depend on us for the aggressive representation you need to protect your interests. Reach out today for a free consultation.