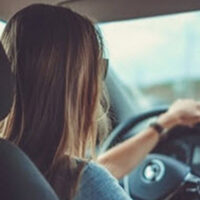 Local 10 News recently reported that a 44-year-old man has been arrested in connection with a road rage incident involving a teenage girl. The arrest came weeks after the man reportedly blocked off the teenage girl’s car with his Nissan Xterra and punched one of the rear-view mirrors of her vehicle, breaking it in the process. The incident, which occurred in Miami-Dade County, apparently began at a stoplight after the light turned from red to green and both parties honked at each other numerous times. The teenager reportedly pulled into an apartment complex in an attempt to escape the man, but instead the confrontation continued. After the involvement of the significant others of both drivers, the road rage incident culminated with the teenager’s car being damaged.

No adult wants to be involved in a road rage incident. And even more so, we want to protect the teenagers we love from these kinds of unpredictable confrontations on the road. Motor vehicle crashes are already the leading cause of death for U.S. teens. Road rage incidents may only increase the already grim statistics for the young people we share the road with.

How Common Are Accidents Caused By Road Rage and What Are Road Rage Examples?

By its nature, road rage is difficult to quantify, especially because it typically requires self-identification. However, studies have shown that a shocking number of drivers have engaged in road rage behaviors, which has caused numerous car accidents because it often leads to aggressive driving. According to the Insurance Information Institute, aggressive driving played a role in 56 percent of fatal crashes from 2003 through 2007, with excessive speed being the number one factor. In addition to speeding, aggressive driving behaviors include:

What Should You Teach Your Teenager to Do if Confronted in a Road Rage Situation?

Have You or a Loved One Been Injured as a Result of Someone Else’s Road Rage?

When a road rage accident occurs, there’s a good chance that the victim is entitled to financial compensation. If you or a teenager you love were injured in an accident caused by a driver with road rage, you need help from someone who can explain your legal options and help you hold the responsible parties accountable. As the Jacksonville personal injury attorneys at the Pendas Law Firm, you can depend on us to help you hold the responsible parties accountable. Contact us today to begin.