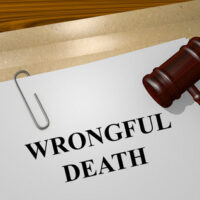 On October 22, 2017, a 3-year-old boy died after falling into a septic tank at Bruce Park in Jacksonville. The boy’s family filed a wrongful death lawsuit alleging that two city contractors were negligent in maintaining the underground sewage tank.

Specifically, the lawsuit alleges that A1 Septic Service, Inc. and ERS, Corp. failed to have a registered septic tank contractor or state-licensed plumber service the water treatment system. The family claims that the city’s inaction constitutes “gross negligence,” which means the defendant’s conduct was so reckless or wanting in care that it constituted a conscious disregard or indifference to the victim’s life, safety or rights.

The lawsuit claims that the city “knew that the septic tank lid at Bruce Park was unsafe, because the unsecured lid had been reported to them. The boy died 18 months later because the septic tank lid at Bruce Park was still unsecured.” He fell into the tank while playing at the park and died after choking on the tank’s contents, according to an autopsy. His family was there for a birthday party and after reporting him missing, his body was discovered in the tank.

Sovereign immunity is a legal doctrine that prevents government actors from being sued without their consent. State law waives this immunity in personal injury cases against the government but imposes a cap on available damages. The state of Florida and its political subdivisions — like municipalities — can be held liable for up to $200,000 per person and $300,000 per tort claim.

Note that a municipality must be provided with written notice of the claim within three years of the negligent incident. In the septic tank case, the accident occurred in October and the lawsuit was filed in December, which is well within the statute of limitations.

If a loved one dies because of someone else’s negligence, that person’s family might be entitled to damages. Florida law designates spouses, parents, children, and any other dependents as “survivors” eligible for compensation in the event of a wrongful death.

An experienced attorney can help you determine if you have a viable wrongful death or personal injury claim against a government actor or any other potentially negligent person.

Contact a Jacksonville personal injury attorney at The Pendas Law Firm today for a free consultation if are pursuing a personal injury claim against government actor. We will help you recover the compensation that you deserve.