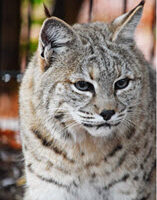 Pet owners have certain responsibilities under the law. One common example is that dog owners can be held liable if their dog bites or attacks another person. The owner is liable if the dog attacks in public or if the injured person is attacked while lawfully on the owner’s property.

But dogs are not the only potentially dangerous pet in Florida.

Contractor Attacked By “a Cat”

In May 2017, a Tampa contractor visited a downtown condominium to conduct an inspection. According to police dispatch call notes, when the contractor entered the unit he was attacked by “a cat,” which scratched his arms and made them bleed.

That “cat” was actually a bobcat, and the contractor recently filed a lawsuit against the owner, alleging that she “violated her duty to take reasonable precautions to guard or protect others from the viciousness and danger of her bobcat” and that she also “failed to warn others about the vicious and dangerous propensities of such animals.”

In other words, the contractor says that he should have known there was a bobcat inside the unit before he entered, and that the animal should have been restrained. He is also suing the condominium association for allowing a “wild and dangerous” animal on the property.

A License to Possess Wildlife

Bobcats can be kept as pets in Florida. While state law makes it illegal to possess crocodiles, large cats, rhinos, bears and other Class I animals, the law does permit possession of Class II animals like bobcats, howler monkeys and wolves. But owners must first apply for a permit through the Florida Fish and Wildlife Conservation Commission.

The most important rule to keep in mind is that owners can be held responsible if their captive wildlife injures someone else, whether in public or on their own personal property.

Property owners have certain responsibilities under Florida law. If you go over to someone’s house and get injured, they might be liable for your damages. This is called premises liability law, which applies not only to homeowners but also to business owners. If you sprain your ankle in an unexpected hole in a neighbor’s yard or slip and fall in a grocery store, the owner might be liable for your medical expenses, lost wages, pain and suffering and other relevant damages.

Similarly, if you lawfully enter someone’s residence to conduct an inspection and you are then attacked by a bobcat, the homeowner (and any building owner or condominium association) might be liable for your damages.

Contact a Tampa personal injury attorney at The Pendas Law Firm today for a free consultation if you were injured by someone’s exotic pet. Our experienced attorneys will help recover compensation for your injuries, including medical expenses, pain and suffering, and lost wages.