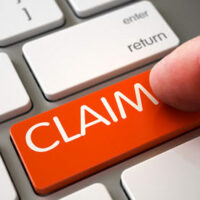 The 2018 legislative session doesn’t begin until January, but Florida senators have already filed 18 claim bills, including one attempting to collect $17.8 million from the city of Tampa. That is the largest jury verdict ever awarded against the city.

According to a legislative manual, a claim bill is legislation “that compensates a particular individual or entity for injuries or losses occasioned by the negligence or error of a public officer or agency. It is a means by which an injured party may recover damages even though the public officer or agency involved may be immune from suit. Majority approval in both chambers of the Legislature is required for passage. “

Sovereign immunity is a legal doctrine that prevents government actors from being sued without their consent. State law waives this liability in tort actions (i.e., personal injury claims against the government) but imposes a cap on available damages. The state of Florida can be held liable for up to $200,000 per person and $300,000 per tort claim. The damages limit in personal injury claims against municipalities like Tampa is $100,000.

In 1996, Ramiro Companioni Jr. suffered extensive injuries when a Tampa water department truck crashed into his motorcycle. He spent a month in an induced coma, needed 300 units of blood and has to wear a colostomy bag (which collects waste products) for the rest of his life. A 2004 jury verdict awarded him $18 million in damages. It’s been 21 years since the accident and 13 years since the verdict, and Companioni has only recovered $100,000 from Tampa — the city’s liability limit.

This is the sixth time that a claim bill has been filed on Companioni’s behalf.

Other Claim Bills that Have Been Filed

Other claim bills filed on behalf of Florida residents include:

Contact a Tampa personal injury attorney at The Pendas Law Firm today for a free consultation if you have been injured in an accident caused by a city official. We will help you recover damages for your injuries.