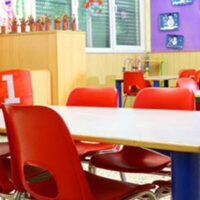 During the stay at home directives associated with the COVID-19 pandemic, many of us have spent more time with our young children than we have since shortly after they were born. Outside of the current situation, and as the world slowly reopens, the reality for many parents is that they have to rely on a day care center to care for their children so that they are able to work and earn a living to support them. While the public depends on these facilities to maintain the safe environments they are obliged to provide under Florida law regulating day cares, the unfortunate reality is that things sometimes go very wrong. When that happens, the smallest members of the family often suffer huge consequences.

Updates on an Example of a Preventable Day Care Tragedy


The Orlando Sentinel recently reported that a former Orlando day care driver has been sentenced to 10 years probation for the August 2017 hot van death of a 3-year-old boy. The 53-year-old was found guilty of manslaughter by culpable negligence in the death of the toddler, who was left in a van for 12 hours outside Little Miracles Academy day care. According to court records, the little boy was picked up from his home at 7:40 a.m. and fell asleep inside the vehicle as later asserted by other children riding that day. The driver eventually drove to one day care location where she dropped off the kids and some cleaning supplies and apparently assumed all the children had gone inside despite failing to perform a head count and fill out a log. She then drove to the day care’s other location where she parked. She told the court that she didn’t see any children in the van when she exited the vehicle, but admitted she was talking on the phone when she got out.

It seems that no one at the facility noticed the toddler was missing all day. The little boy was found dead in the van at roughly 8:30 p.m. after his great-grandmother called the day care director around 7 p.m to ask why the toddler wasn’t brought home. Sadly, the little boy perished in this preventable tragedy just weeks before his fourth birthday.

According to the Florida Department of Children and Families, the day care facility broke multiple state rules in this case that contributed to this tragedy including:

The one silver lining to this tragedy – both Little Miracles facilities have been closed by the state and the boy’s family settled a personal injury lawsuit against the driver, the day care and the facility’s owner for an undisclosed amount.

Has a Child You Love Been Injured at a Daycare?

No parent wants to think about the possibility of their child being injured at a place where he or she is supposed to simply play and learn. But unfortunately, preventable injuries sometimes happen at these facilities because of the negligence of the adults you have entrusted with the care of your precious little one. When this kind of tragedy happens and your child is injured, it is important to seek both medical and legal help immediately. The West Palm Beach personal injury attorneys of The Pendas Law Firm are ready to help if you reach out for assistance today.