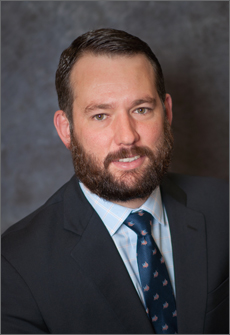 Michael Bryan Sanchez is an attorney with The Pendas Law Firm. His practice is focused on workers compensation, personal injury and workplace discrimination.

Mr. Sanchez was originally born in Boston and was raised in Orlando. Michael graduated high school from Winter Park High and was accepted into Virginia Polytechnical and State University. At Virginia Tech, he graduated with a Bachelor’s degree in Political Science.

Shortly after, he chose to attend The University of South Carolina School of Law in order to pursue a law degree. While in law school, Mr. Sanchez worked for The South Carolina Department of Environmental Health and Control. During his time at DEHC, he was part of a team that handled all permit appeals.

Prior to joining The Pendas Law Firm, Mr. Sanchez was a defense attorney primarily in the areas of workers compensation and bodily injury. Mr. Sanchez has a strong focus on case management. His experience as a former defense counsel has served as an integral part of his career by exposing him to the inner workings of the insurance industry.