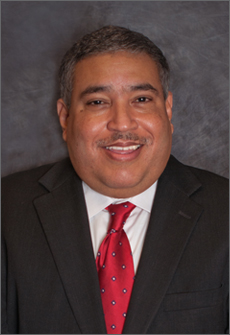 Mr. Cruz Carino achieved his Doctor of Jurisprudence from Stetson University College of Law. Before that, he received his Bachelor of Arts, finishing in the top ten percent of his class from The University of Florida. He served as a Certified Legal Intern in the State’s Attorney’s Office, where he tried more than ten cases, and was also privileged to serve as a Federal Judicial Intern to the Honorable District Judge Elizabeth A. Kovachevich, of the United States District Court for the Middle District of Florida. Upon graduation, Mr. Cruz worked as a Judicial Staff Attorney for over four years in the Sixth Judicial Circuit Court.

From there, he served as a Senior Assistant Attorney General from 2001-2012, handling all sort of criminal appeals, writs, and post-conviction issues on behalf of the State of Florida. Mr. Cruz has argued before the Second District Court of Appeal, the Fifth District Court of Appeal and the Florida Supreme Court. He is admitted to practice in all Florida State Courts, and is also admitted to practice in the Middle District of Florida. He is fluent in Spanish, and has taught as an adjunct professor at Saint Petersburg College. He currently heads the Appellate Section of The Pendas Law Firm and is the Managing Attorney for both the Tampa and the Bradenton offices. Mr. Cruz oversees all appellate matters within the firm and provides litigation support throughout the firm. Mr. Cruz guides all appeals from the filing of a notice of appeal through the filing of a motion to recall mandate. Additionally, he handles his own litigation case load. His practice focuses on civil litigation, workers compensation, and appeals.